For over 125 years, Ukrainians have called Canada home - and have made indelible and enduring contributions to the cultural, political, social and economic life of our country - enriching the mosaic of our society.

"Canada is home to over 1.3 million Canadians of Ukrainian descent. Here, we have found freedom and fostered our language and traditions," stated Alexandra Chyczij, National President of the UCC. "On behalf of the UCC, I wish all Canadians a happy Ukrainian Canadian Heritage Day! Многая Літа!" 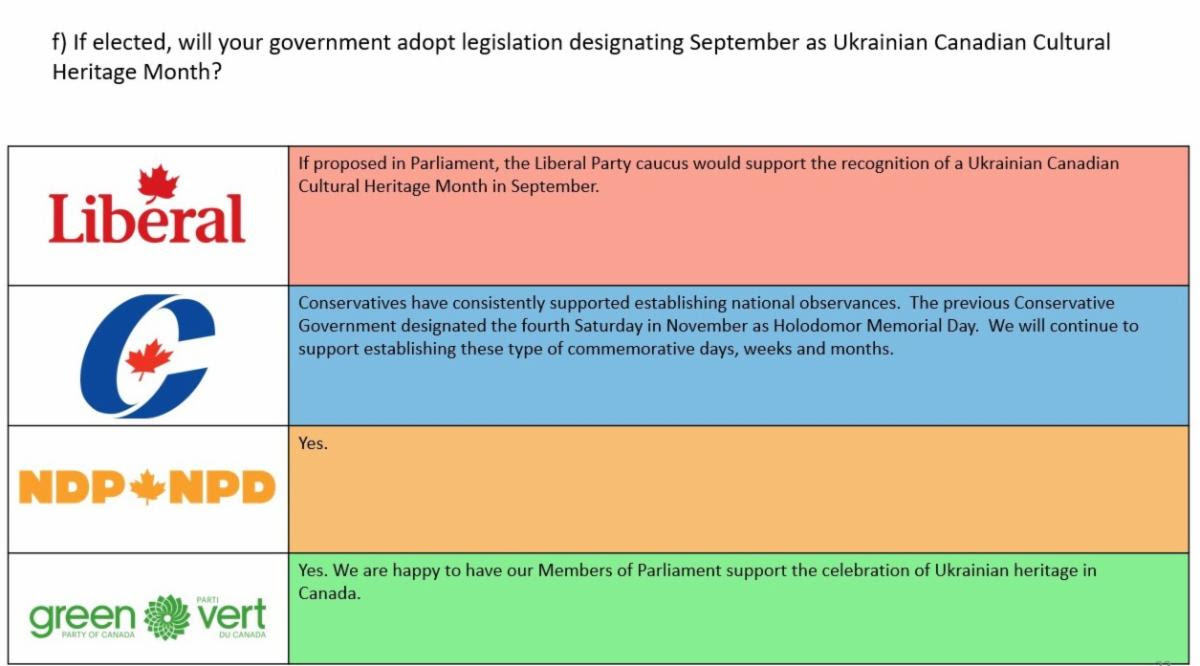